On her sorority's nomination form, they said this:   "Carol helps women when she can, at anytime she can. She is a worker bee, not the Queen!"
Carol was presented with an engraved glass plate, the Woman of the Year pin, and the traditional bouquet of red carnations in memory of Eleanor Jones Tanner.   Our congratulations to Carol!

The annual Eleanor Jones Tanner Panhellenic Woman of the Year Award sets as its aim to honor the member of the St. Petersburg Panhellenic Association who best exemplifies Eleanor Jones Tanner’s dedication to Panhellenic and to the community.  Since 1985 when the award began and in her memory, her Alpha Chi Omega sisters present a bouquet of red carnations to the recipient at the Award Luncheon.


A current member is selected each spring from applications submitted by Panhellenic members and criteria for judgment include length of continuous membership, service on the Council, offices held on the Council, service to individual fraternity/sorority, honors granted by individual fraternity/sorority, service to the community, recognition by the community, service to professional organizations and recognition by professional organizations. 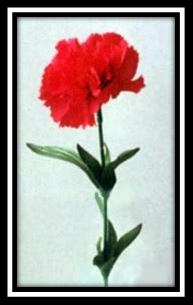